Weeks of repeatedly blaming the Russian government for the Salisbury poisonings is starting to look pretty embarrassing for the British government. Today, scientists at Porton Down said they were unable to say where the poison actually came from. 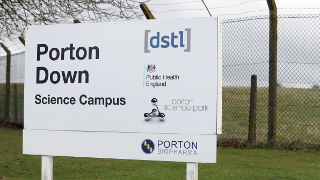 That’s a big problem, as British officials have long insisted that the poison was Russian in origin. The scientists would only say it was “probably” from some state actor, but even this was not certain. The Organization for the Prohibition of Chemical Weapons is also running tests, though results are not expected for some time.

British officials, of course, are undeterred in their accusations, and a spokesman for Prime Minister Theresa May talked openly about Britain’s desire to retaliate in some “proportionate” way to the poisoning of a former Russian spy and his daughter.

This raises questions of its own, above and beyond the obvious problem that they can’t prove Russia did anything. It’s not clear what would amount to a “proportionate” response in the eyes of the British government, which has already caused myriad diplomatic problems through expulsions.

These comments indicate that Britain feels everything they’ve already done isn’t enough, though it is risky for them to try to do much more, with Western relations with Russia already at a post-Cold War low, and getting worse all the time.