The Russian Defense Ministry has issued a statement Friday reporting that they’ve conducted a second test of the Sarmat system, a super-heavy intercontinental ballistic missile (ICBM) that is intended to counter growing Western investment in missile defenses. 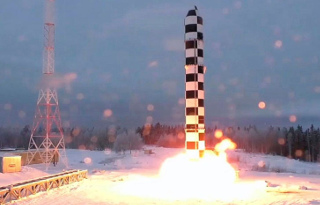 Dubbed a “powerful and modern” system by Russian President Vladimir Putin earlier this month, the Sarmat system is intended to have a worldwide rage, and to be able to bypass any current missile defense system.

The Sarmat has a payload of 10 tonnes, meaning it could hold 10 heavy warheads, or fewer warheads and a massive amount of countermeasures designed to combat missile defenses. Because of the range, the missile could travel across the South Pole, and by extension bypass every extent missile interceptor. It is intended to replace the SS-18 Satan, a Soviet heavy ICBM.

Putin has made much of developing such “invincible” systems as a counter to costly US missile defense programs. The US missile defense systems, however, are very limited, and their ability to intercept a series nuclear salvo is virtually non-existent.