The Israeli Army has deployed over 100 snipers, as well as substantial other military forces to the border with the Gaza Strip, ahead of a massive Land Day protest among the Gazans on Friday. The protest is expecting 100,000 demonstrators. 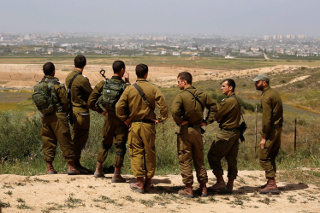 Israel is expecting to kill protesters, as the standing orders are to shoot any Palestinians who try to cross the border, even if it means killing unarmed protesters. So even though nothing has happened, Israeli officials are trying to get out in front of the issue of shifting the blame.

Israeli diplomats are making the rounds worldwide, saying the Palestinian protest is a “dangerous provocation.” Despite Israel being very clear they intend to respond violently to the peaceful protest, they are also insisting anyone killed will be Hamas’ fault.