Last year, an Australian warplane carried out an airstrike against the city of Mosul, hitting a house and killing two civilians. Amnesty International warned that the strike “may have violated the rules of war,” demanding independent investigations. 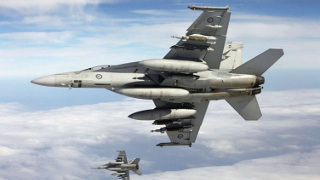 It’s not the way the rest of the US-led coalition usually handles such reports, but the Australian deputy chief of joint operations held a briefing, confirming that the international reports on the incident were “credible.”

This got out on front of the upcoming US report on civilians killed by the coalition. The US has tended to report only a tiny fraction of the civilians reported killed, dismissing most incidents and dramatically under-reporting the toll in incidents they admit happened.

Human rights groups praised Australia for being unusually forthright about what happened. They did, however, express concerns that Australia said they hadn’t learned any “specific lessons,” and provided no indication that the investigations were ongoing.