Defense Secretary James Mattis issued a statement on Tuesday celebrating NATO’s expulsion of diplomats in Russia’s mission to the alliance, saying it proves that NATO is still relevant in stepping forward with such expulsions. 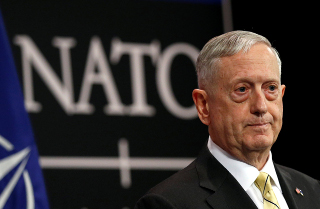 NATO expelled seven members of Russia’s 27-man delegation, rejected three other candidates for appointment, and announced that Russia will only be allowed to have 20 diplomats in their mission to NATO from now on.

This follows the US and dozens of other Western nations announcing expulsions of Russian diplomats, mostly on Monday. NATO’s move, then, is really just an attempt to follow the trend the individual members had already set out.

NATO’s relevance, in that context, is less clear than ever. Indeed, if NATO didn’t exist, those Russian diplomats wouldn’t have been there to be expelled in the first place, because there’d be no need for Russia to have a separate delegation for the military alliance on top of missions to all of the member nations.