The last rebel faction that’s still active in Eastern Ghouta, just outside of the Syrian capital of Damascus, is denying reports in Russian media that they are poised to surrender. The faction, Jaish al-Islam, says there is “no truth” to the reports. 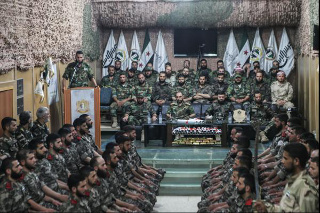 Jaish al-Islam holds Douma, the last rebel city in the region, and continues to negotiate with Syria and Russia on a settlement of the ongoing fighting. They say they will not be willing to accept a “forced displacement” from Ghouta.

Whether they’ll accept displacement in negotiations or not, that seems to be the end result that is fast approaching. With the rest of Eastern Ghouta having been retaken by the Syrian military, Douma certainly isn’t in a position to stand alone, at least not for long.

Eastern Ghouta is effectively lost, which has Jaish al-Islam and Failaq al-Rahman, the main factions, both looking to foist blame on one another for the defeat. Jaish al-Islam is accusing the other rebels of not helping with joint defense, and Failaq al-Rahman in particular of cutting off water to fill trenches. Failaq officials say that Jaish was mounting such a weak defense they had to deal with front-lines being cut in three.