The Pentagon’s Inspector General revealed yet more in the seemingly endless torrent of waste and corruption in Afghanistan with a new report released over the past week. This latest report dealt with $3.1 billion of US funds provided to the Afghan government from 2014-2017 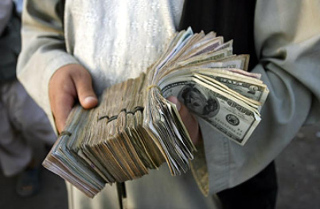 Officials made no serious attempt to oversee how the $3.1 billion was spent, and the audit found “systemic challenges” to preventing even the most basic types of misuse. The audit provided multiple examples of wasted money.

In one case, some of the funds were used for routine maintenance of a US-provided military vehicle, even though the vehicle in question had been destroyed long before the maintenance was performed, and that a glance at Afghan government property books would’ve shown the maintenance couldn’t happen.

Another $21 million was spent replacing engines and transmissions for US-provided vehicles, which only needed to be replaced because the US never trained the Afghan National Police on how to properly take care of the vehicles.