17-plus years into the US-led occupation of Afghanistan, German Defense Minister Ursula von der Leyen is counseling “patience” for German troops being sent to Afghanistan, saying that the Afghan government is far from ready to protect itself. 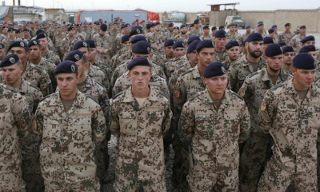 The German Bundestag has just recently approved an increase in troop numbers for the Afghan War, a move which came at the behest of the US. Thia ia raising a new round of questions as to how much longer they’re going to be stuck in Afghanistan.

Von der Leyen was very straightforward about that. The answer is that nobody has any idea how much longer they’re going to need to prop up Afghanistan, but there’s no sign of progress, and there’s no pretense of any timetable for it.

At the same time, the defense minister tried to spin the war as not going so bad, saying the Afghan government controlling 60% of Afghanistan is “good, but not enough.” That is the lowest amount of control since the 2001 invasion and occupation began, and US officials have predicted the situation will get worse in the year to come.