Medics in Yemen’s northern Saada Province have reported a new Saudi attack against the village of Ouled Amer. The Saudi airstrike hit a home in the village, killing at least 10 civilians within. 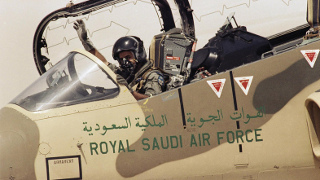 The Saudi military has so far refused to comment on the attack, which killed everyone in the house, including women and children. It’s thus unclear why this house in particular was bombed, as there didn’t appear to be a military target anywhere nearby.

This has, however, become typical of the US-backed Saudi air war against Yemen, with intense airstrikes hitting obvious civilian targets in the middle of Shi’ite-dominated territory in the north far more often than any military targets are hit.

The Saudis invaded Yemen three years ago, and in that time airstrikes have killed many thousands of civilians, while a Saudi-led naval blockade fuels mass starvation and sickness because of acute shortages across northern Yemen.