In the latest sign that the “modernization” of America’s nuclear weapons arsenal is going to keep getting more expensive, Pentagon officials are now reporting that the entire arsenal might be rendered useless unless they start getting new plutonium cores to use as triggers. 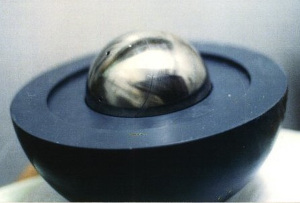 This is likely a dramatic overstatement, as while plutonium cores degrade over time, it is highly unlikely that cores produced in the 1980s, the last time they were made, are on the verge of corroding into uselessness.

The bigger problem, which makes things a lot more expensive, is that no one makes plutonium cores of this sort anymore, and literally no one in the US has the capacity to do so. Los Alamos can make some cores for research purposes, but is far from able to produce weapons-grade cores at this point.

The end result is that officials say a “significant investment” would be required to have Los Alamos or someone else even build up the capability to hypothetically make such cores, and with Los Alamos’ recent safety issues, getting them ramping up such production is a tall order indeed.

4 thoughts on “Pentagon: Nukes Will Be Useless Without New Plutonium Cores”