Despite consistent British allegations of Russia being behind the Salisbury poisoning of an ex-spy, proper testing still hasn’t been done on the substance used. Experts involved in the matter say no results are to be available for at least three weeks. 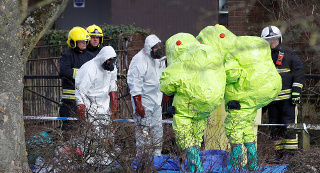 That means that British officials not only repeatedly blamed Russia, claiming it was a Russian compound, but also sent 40 people with no symptoms to hospital even though the compound has not been conclusively identified.

The Organization for the Prohibition of Chemical Weapons (OPCW), which is doing the tests at the request of the British government, says they can’t at present predict the outcome of the testing. If they can’t, as the experts, then surely Britain was not able to predict it weeks ago.

Russia has denied anything to do with the incident, and repeatedly demanded Britain either produce evidence or apologize. At this point, the evidence simply doesn’t exist, and Britain is likely to keep making allegations while they wait on the OPCW.