Managing alliances in Syria has long been a struggle for the US, as underscored by how often two US-armed allies end up directly fighting one another. The split between Turkey and the Kurdish YPG, however, is a particularly difficult challenge. 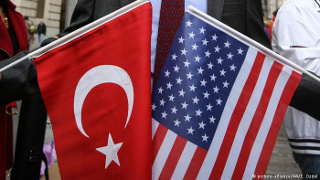 Turkey has been complaining for years that the US was too cozy with the Kurds, insisting the group are a “terrorist” organization. This has become a higher priority since Turkey invaded Syrian Kurdistan in January. Now, the US is promising to “rein in” the Kurds to try to calm Turkey.

Overt talk of trying to rein them in is likely to add to the sense among many YPG leaders that the US is a fair-weather fried that can’t be counted on when the chips are down.

Kurdish history is littered with examples of allies who eventually backed away from the Kurds when they got a better deal elsewhere, and many have expected it would only be a matter of time until that happens with the US. Whether that’s America’s intention or not, any move to try to placate Turkey will be seen that way.