While it doesn’t appear likely to change anything about the US plan to keep troops within Syria, the Pentagon announced Monday that there is an “operational pause” in the war against ISIS in Syria, because the Kurds are busy fighting the Turks. 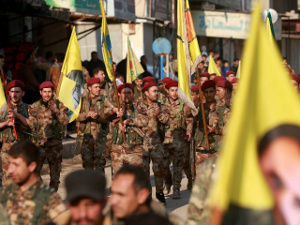 The US strategy for fighting against ISIS within Syria has been to provide air support and artillery to target the area of the operation and throw Kurdish YPG fighters into the situation until they take over the territory.

In January, however, Turkey invaded northern Syria, attacking the YPG’s Afrin District, and vowing to hit the rest of the YPG’s territory, starting with Manbij and advancing eastward. Kurdish YPG forces, and their allies, have made defending their territory the entire focus of their operations.

This means the US simply doesn’t have the option of convincing the YPG to throw wave after wave of fighters at some desert town with an ISIS presence anymore. In practice, this isn’t a huge problem, because ISIS controls little territory within Syria anymore.

But as the Turkey invasion continues to escalate, the YPG is going to be less and less available for America’s use. This means less and less purpose for the US deployment in Syria, and less YPG units defending that vast, empty stretch of Deir Ezzor seized from ISIS.