As had previously been expected based on comments by Iraqi government officials, parliament passed an $88.5 billion budget on Saturday which saw massive cuts in the mount of money going to the autonomous Kurdistan region. 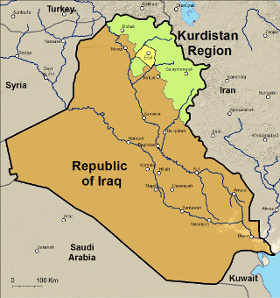 Since the US occupation in 2003, the Kurdistan Regional Government (KRG) has received 17% of the national budget annually, though in recent years there were disputes around this and oil sales by the KRG abroad.

Now, the Kurds are getting 12.67% of the budget, and that’s it. Iraqi officials say any oil sales the Kurds make without immediately handing the entire proceeds to the central government will be taken out of the 12.67% over the course of the year.

Kurdish MPs boycotted the budget vote in Baghdad, and KRG Prime Minister Nechirvan Barzani complained that this was “not the Iraq we wanted after 2003,” adding that the government will not be able to bring about national stability at the expense of the rights of the Kurdish region.

Officially, the Iraqi government sees the KRG’s budget as proportional to their share of the national population. In practice, many see this dramatic cut as direct punishment for Kurdistan’s failed attempt to secede last year.