The World Trade Organization and International Monetary Fund have both issued statements voicing concerns about President Trump’s sudden imposition of a 10% tariff on aluminum imports, and a whopping 25% tariff on steel imports. 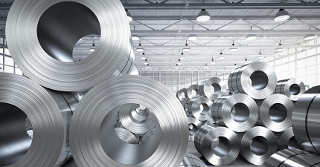 Trump’s decision to set the tariffs was made Wednesday night, with officials saying Trump was “angry and gunning for a fight,” with one official having described him as becoming “unglued” when he made the decision.

Trump has since publicly championed his move, bragging that “trade wars are good, and easy to win.” He suggested that cutting trade with nations who “get cute” with the US would mean the US wins big, since they had deficits with them in the first place.

A backlash seems to be looming, however, with the European Union already tapping Harley Davidson, bourbon whiskey, and Levi’s jeans as visible American products that could be hit with retaliatory tariffs in the first round of this trade war.

Indeed, given how reliant US industries are on steel and aluminum imports, there is a strong case to be made that the tariffs are going to hurt American manufacturing as much as anyone, and economists are warning that the cost of this sort of move will have very predictable results, and all of them bad.

Trump has long made the trade deficit and issue, with the implication it could be pared down with protectionist trade policies. Yet the consensus is that such an effort is going to worsen American industry in general by creating inefficient domestic industries reliant on government protection to stay profitable, at the expense of export industries, like automobiles, which will struggle with the soaring price of steel within the US.