Buying up equipment for their military, Iraq is in the market for some new air defense systems. That’s got the potential of putting them at odds with the United States, and potentially facing US sanctions for buying the wrong product. 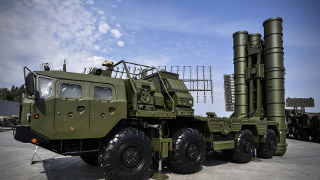 As with other nations in the region, Iraqi Foreign Minister Ibrahim Jaafari is confirming his nation is considering buying the S-400, an advanced Russian-made air defense system which is favored as both cost-effective and capable.

Buying that instead of a pricier US equivalent could have consequences, with State Department spokeswoman Heather Nauert confirming Iraq and other governments have already been warned they’d face sanctions for buying Russian, saying it’s in violation of US law.

Iraqi officials confirm the US opposition is an obstacle to buying the S-400, but they’re not necessarily ruling it out. Turkey, Iran, and Syria are all going with similar Russian air defenses, so it likely makes sense from Iraq’s perspective to go that route.

While the US expressed anger at Turkey for buying S-400 instead of US equivalents, they didn’t ultimately do anything to sanction the Turks. That may, however, reflect Turkey’s regional influence and status as a NATO member, while the US may feel going after Iraq is easier and has less chance of backfiring.