Russian Security Council aide Alexander Venediktov has issued a statement to the nation’s state news agency today claiming that the US has approximately 20 military bases inside Syria at this point, all of them in Kurdish-controlled territory. 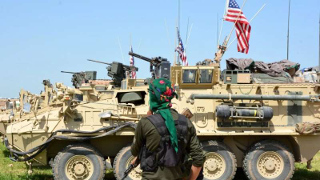 There’s no way to confirm this, as the Pentagon is keeping both the number of troops in Syria and their locations a secret. There are, however, reasons to think this may be a plausible figure.

Turkey had offered its own estimate through its own state-run news agency back in the summer, at the time claiming the US had 10 bases, including two military airbases and eight other positions across Syrian Kurdistan. The US appeared to confirm that figure, expressing fury at Turkey.

Since that estimate, the Kurdish forces have taken much of the Deir Ezzor Province, where US troops are now known to be deployed, but which was not included in the Turkish estimate. That, and more territory taken in Raqqa, means it’s entirely possible the number of US bases grew closer to 20 since July.