In 2016, the US and Israel signed a record-large military aid package, which would see the US providing $38 billion over the next decade. This was not just a technical record, but by far the largest aid package in US military history. 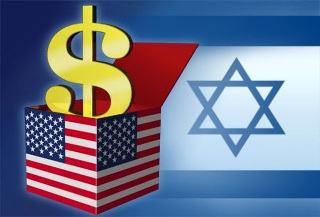 Less than a year and a half later, Senate hawks are criticizing that massive deal as “shortsighted” and insufficiently small, with Sens. Lindsey Graham (R-SC) and Chris Coons (D-DE) leading the charge for massive increases, citing Israel’s security situation.

Sen. Coons in particular cited Israel’s recent attacks on Syria as proof that the nation needs further US funding, with the underlying assumption that this is only going to grow and the US is going to have to bankroll it.

Sen. Graham also suggested the US should do away with parts of the deal obliging the Israelis to spend US military aid on US-made equipment, and instead opening up the possibility of the US just sending the money to Israeli arms makers.

This may be a tough sell, as the main point of “Israel aid” is to send billions of dollars annually to US arms makers to make things that Israel wouldn’t be willing to buy from them in the first place, subsidizing those massive companies under the guise of pro-Israel politicking.

In the end, it was always assumed the record Israeli deal would just keep growing anyhow, and given it is only one of myriad sources of US aid to Israel, the idea that we’re barely into 2018 and already talking growth is unsurprising.