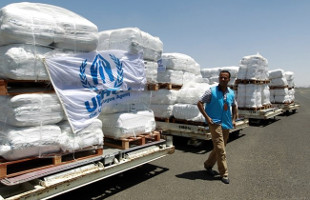 Heading toward the third anniversary of the Saudi invasion, aid officials note, the Saudis have tried to preempt a UN humanitarian plan with their own, but the Saudi plan is less about human rights than a war tactic aimed at consolidating control over much of Yemen.

The aid crisis in Yemen has millions at risk of starvation, but shortages are skewed heavily toward the Shi’ite north, while Saudi aid projects are focused almost exclusively on “loyal” ports in the nation’s south.