Always underpinning the US investigations into allegations of Russian election meddling was the unspoken reality that the US too has a history of meddling in foreign elections when it suits their interests. 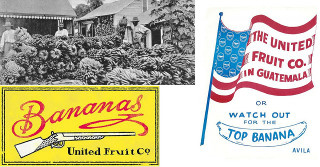 James Woolsey, the CIA Director from 1993 to 1995, addressed questions on that point, admitting that the US has interfered in elections in the past, but “only for a very good cause,” and when they thought rigging the vote would benefit democracy.

“It was for the good of the system,” Woolsey insisted. Researchers suggest  the US interfered in elections at least 81 times since World War 2, far more often than Russia. Some analysts are arguing that the two are not equivalent, however, because the US meddling was “pro-democracy” in intent.

Yet a casual look at CIA involvement in regime changes shows myriad times when US interference involved ousting democratically elected governments, often by orchestrating coups, to prop up regimes seen more favorable to US interests. In the 1950s, this included regime change in Iran to support BP oil profits, and one in Guatemala for United Fruit Company.