Years of vilifying the Russian Federation as a major global problem has suited Western nations quite well lately. It’s been used to justify buildups and closer NATO ties to “counter” them. 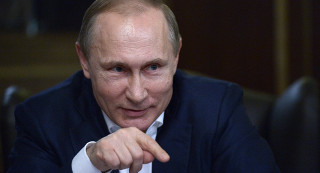 But nothing has really been solved in that time, and Western diplomats working on myriad situations, from Syria to Ukraine, are starting to see that efforts at diplomatic solutions really require Russian cooperation.

Officials now concede Russia as an “indispensable partner” on several issues, though years of acrimony has meant publicly courting Russia is very difficult, and Russia isn’t eager to start negotiations which more often than not end with those same Western nations blaming Russia for any roadblocks that come along.

This reflects the very narrow view that saw these nations picking diplomatic fights with Russia in the first place, as major downgrades of diplomatic ties not only accomplished little, they also left the West without a partner for international dealings.