Multiple reports have emerged on Friday claiming that Turkish troops used shells containing poisonous gas in their attacks in Afrin, hitting the town of Aranda with such shells, and hospitalizing six civilians with breathing problems. 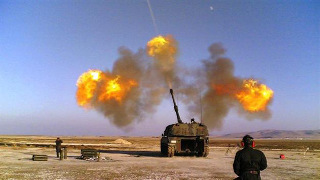 Details are still scant, and there are no details on what chemical they were exposed to, but similar accounts have been made by the Kurdish YPG, the Syrian Observatory for Human Rights, and the Syrian state media.

Such an incident is a potentially major deal, as Turkey isn’t known to have ever had chemical weapons in the first place, let alone to have any now. It’s possible, however, that certain chemicals they do have were deployed in a way inconsistent with international law.

As a practical matter, Turkey has inflicted far more civilian casualties in Afrin through conventional means, but the introduction of chemical arms, even on a small scale, risks causing widespread panic, and a new exodus of civilians.