Israeli Prime Minister Benjamin Netanyahu is moving this week to block attempts at outright annexation of the occupied West Bank, recognizing the international backlash that Israel in general and he in particular would suffer from a move that would end the possibility of a two-state solution. 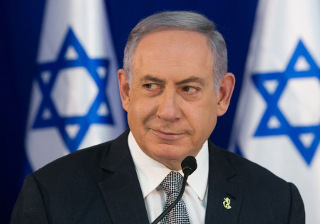 At the same time, his far-right coalition needs to be placated by more efforts to advance the annexation cause, so Netanyahu is backing smaller specific efforts to increase increase Israeli control in the region, in particular in applying Israeli law to the settlements immediately along the Palestinian side of the Green Line

This strategy, dubbed “creeping annexation” by its critics, reflects Israel’s desire to continue to present itself as an advocate of peace in general terms, while in practice ensuring that the occupation continues and is harder and harder to unravel.

This strategy has been going for so long, however, that many in the coalition believe it’s time to drop the charade and just annex the Palestinian region outright, international criticism be damned. Netanyahu has skirted this issue, with great difficulty at times, but seems to understand that US President Trump’s desire to position himself as a peacemaker could fuel even a US backlash to outright annexation, a move that would be inherently hostile to peace.