In great measure, the Pentagon runs on Lockheed Martin. The US armsmaker racked up $35.2 billion in sales to the US government last year, a preposterously large figure that positions them both as heavily reliant on the government for its profits, and gives them a level of influence unmatched. 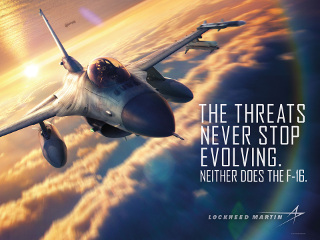 Lockheed Martin, after all, gets nearly as much money from the US government as the State Department. CEO Marilyn Hewson is, by the reckoning of some analysts, as powerful as most US cabinet secretaries.

Teal Group’s Richard Aboulafia has the gold medal quote on this – “diplomacy is out; airstrikes are in.” From the F-35 on, Lockheed is a key facilitator of airstrikes, and soaring demands for its products are leading to soaring revenue and rising profit margins.

Reports on the company brag about “juicy” shipbuilding deals, and the money pouring in from nuclear weapons upgrades. Lockheed Martin’s status as a main seller of US arms and the US obsession with growing its military seem to ensure that the company will remain rich, and wildly influential, for years to come.