The UN has offered their official accounting of Afghan civilian casualties in 2017 on Thursday, with more than 10,000 casualties including 3,438 killed, and 7,015 wounded. The overall toll was 9% lower than the previous year. 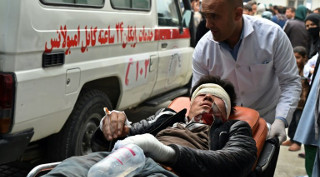 The decrease was mostly the result of fewer civilian deaths in the course of ground combat, likely because the fighting on the ground was not in s densely populated areas in 2017 as it was in 2016.

Airstrikes, however, rose quite a bit in 2017, mostly the result of President Trump’s ordered escalation, and killed 295 people overall, a 7 percent increase over the prior year.

2018 is already shaping up to be a bad year, potentially worse than the record deaths of 2016, with January and early February seeing a pronounced increase in high-profile attacks in the capital city of Kabul, and many of those attacks designed to inflict large numbers of casualties. With the US escalation continuing apace, the airstrikes are also liable to continue to rise.