Talking up his new budget priorities, President Trump has told reporters that the US intends to conduct a massive expansion of its nuclear weapons arsenal, with an eye toward building a number “far, far in excess of anybody else.” 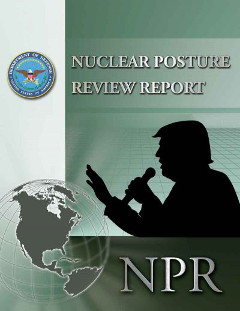 The US already has the strongest nuclear arsenal on the planet, a fact President Trump has often overlooked in previous comments about needing to increase spending. Numerically their warheads are roughly in line with Russia’s, and either of those two has far more nuclear arms than the whole rest of the world.

President Trump insisted the US would stop building nukes if everyone else stopped, but insisted that since “others are doing it,” the US needs “a nuclear force that will be absolutely modernized and brand-new.”

Estimates on what nuclear modernization would cost were already in the trillions of dollars, and that was not including President Trump’s intention to make the arsenal much bigger than it already is, which will surely add to the expense of the already ungainly arsenal.