Speaking to the Israel Hayom newspaper, President Trump has made comments all but unheard of among top US officials, openly questioning whether Israel “is genuinely seeking to reach a peace agreement with the Palestinians.” 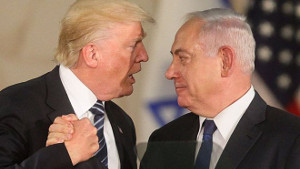 While Trump took his usual “we’ll have to see what happens” attitude of offering few details, he did caution that Israel’s continued expansion of settlements in the occupied territories are seriously complicating peace efforts.

Criticizing settlements is a pretty normal position for US officials to take, but question Israel’s willingness to make peace, despite many in Israel’s government openly opposed to making peace, is nearly unheard of, and likely to provoke a backlash, even though Trump did qualify it by saying he’s sure the Palestinians don’t want peace either.

The Palestinians have never actually rejected peace talks, however, and have simply said in recent months, given Trump’s overt hostility toward them, and declaration that Jerusalem is Israel’s capital make the US an unsuitable arbiter.

Trump is quite correct in saying his relationship with Israel is generally strong, and his relationship with the Palestinians isn’t good, but stating the obvious, that Israel’s commitment to the peace process is shaky, at best, challenges Israel’s international narrative that they are inherently peaceful and their constant warring and occupation is everyone else’s fault.