Facilitating the North Korean participation in the Winter Olympics continues to be a struggle for South Korea, who is now petitioning the United Nations for a special exemption to allow one of the North Korean delegation to attend the games. 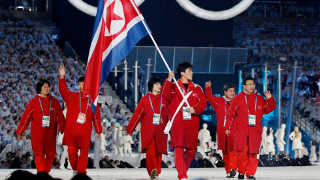 North Korean Sports Minister Choe Hwi was announced to be part of the delegation led by President Kim Yong Nam, but Choe is on a UN Security Council blacklist barring him from traveling anywhere in the world.

Choe’s blacklisting came in June, when he was the vice director of North Korea’s ruling party’s Propaganda and Agitation Department. He no longer holds the spot, however he was never removed from the list.

The exemption would require unanimity among all 15 UN Security Council members. If none of them object, he would be allowed a one-time pass to travel to South Korea as part of the Winter Olympics delegation.

The only country that might conceivably object is the US, which has made it clear they don’t like the diplomatic progress North Korea has been making, and view their Olympic attendance as a “plot.” Still, objection would put the US perhaps more squarely in the position of spoiler than they’d prefer to be, and so Choe might be allowed to attend after all.