The latest embarrassing result of a “signature strike” in America’s ever-growing drone war has sparked public protests in South Yemen’s Shabwa Province, where locals expressed outrage at a US attack that killed at least seven civilian members of a single family. 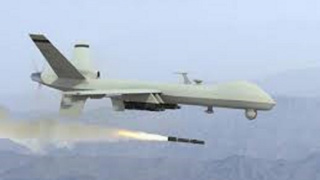 The attack, which took place on January 28, was in a remote part of Shabwa. The victims were family members in a vehicle, who went looking for a missing child in the Said District. The slain were not members of any political or religious organizations.

They were a bunch of guys in a car though, and when the US sees a crowded vehicle they assume it’s militants and attack. These are called “signature strikes,” strikes based on the victims giving the appearance of being a valid target.

The protesters are not only mad at the US for killing a bunch of innocent civilians, though they naturally are quite mad about that, but also at Saudi Arabia for not doing anything about it. Since Saudi Arabia is invading, and backing the occupation of Shabwa, locals argue they should be responsible for keeping their airspace safe.

That’s not really Saudi Arabia’s thing, though, with their own air campaign killing massive numbers of civilians on equally flimsy pretexts, and the fact that the US killed a few in a drone strike likely of little consequence as far as they’re concerned.