The Afghan government has issued a statement reporting a series of airstrikes, and helicopter attacks against at least four different provinces on Monday, killing at least 37 people, who they insisted were all “militants.” 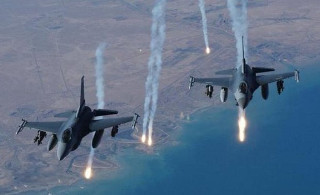 The first strike was reported in Laghman Province, where eight “armed insurgents” were killed, according to the Interior Ministry. Three others were wounded.Attacks also hit Badakhshan, Faryab, and Sari Pul Provinces as well.

Exactly what was hit in these three other provinces is a lot less clear, with army statements claiming “hideouts” were struck, with everyone killed purported to be “rebels,” but naturally none of them identified by name.

Such strikes reflect the Afghan government’s interest to exert its growing airpower. As is often the case within Afghanistan, insisting that everyone who was killed was a bad guy is just par for the course.