Sold primarily as a counter to “Russian aggression,” the Pentagon’s Nuclear Posture Review reviews that America is making a major priority of spending money on acquiring new, and more usable, nuclear arms for their already massive arsenal. 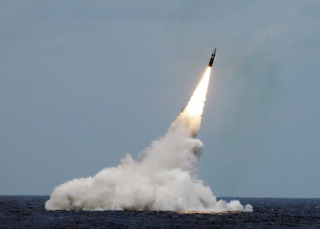 Though the posture review itself was just released last week, the talk of low-yield weapons has been around for months, with the Trump Administration seen being particularly interested in investing in nuclear arms which would be more practical to use.

In particular, officials believe low-yield weapons could be justified for use against non-nuclear states. This would improve the utility of the arsenal, it is argued, though it would also make nuclear warfare a lot more common, and risk making US nuclear strikes a more casual decision.

Using low-yield nukes as bunker busters has been talked about for awhile, but recently the focus has also been on adding to their utility as tactical weapons, for things like preemptive strikes against North Korea.

Though using a nuclear weapon of any yield would necessarily be shocking the first time, after generations of deploying them being all but unthinkable, the shift from strategic to tactical use could open the door to routine nuclear warfare, with all the risks of escalation that would entail.