The Trump Administration’s nuclear plan is increasingly public, with its unclassified summary providing confirmation of all the concerns that have already been set out in recent weeks, that the administration intends the development of new, lower-yield nuclear weapons that they believe would be more usable than the current arsenal. 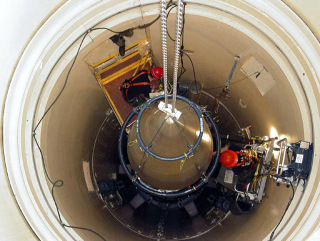 Though Defense Secretary James Mattis denied that the new weapons would lower the nuclear threshold, the Pentagon’s Nuclear Posture Review says the exact opposite, revealing that they view such weapons as useful in retaliation against non-nuclear attacks or other “extreme circumstances.”

The document tries to justify this as a way to deter Russia, arguing that Russia doesn’t view the current US posture as threatening enough, and that getting the US even more weapons, including smaller-yield ones they might well use more readily, would really intimidate them.

In reality, low-yield weapons would be useless with respect to Russia, who has its own large nuclear arsenal, making nuclear exchanges unthinkable. Such weapons are primarily for attacking nations without nuclear retaliation capabilities.

That would include nuclear attacks on non-nuclear states, in keeping with the US refusal to establish itself as never carrying out a nuclear first strike, as well as potentially used in a sneak attack against North Korea.

Still, Russia tends to be a successful rationale for new spending, no matter how unreasonable, and may deflect long-standing concerns that this scheme is actually just making nuclear weapons more usable, and as a result, making nuclear warfare more common in the future.