Speaking to reporters Friday at the Pentagon, Defense Secretary James Mattis admitted that the US has no evidence Syria has used sarin gas in the course of the Syrian War, though he threatened a harsh US reaction if Syria did so. 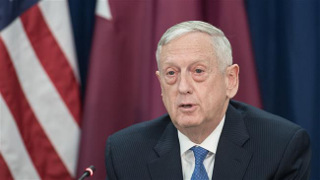 Mattis said the US was aware of allegations of sarin use, but that they had never come up with any such evidence that would corroborate it. He insisted this didn’t mean the US didn’t believe the allegations, however, or was contesting them in any way.

This has been a recurring issue with the US, which has regularly accused Syria of using chemical weapons throughout the war, and most recently attacked a Syrian airbase in April based on such allegations. Those allegations related to more primitive chlorine gas use, which is distinct from the use of the more advanced sarin gas.

Early in the Syrian War, Syria agreed to dismantle its chemical arsenal, one of the world’s largest at the time. Though total verification was never possible because of intense fighting around some sites, all signs point to Syria having disarmed all of its substantial armaments. Chlorine-based weapons, far more primitive than what would’ve been in Syria’s arsenal, were not believed to be in Syria earlier in the war, and accidental chlorine releases in the course of conventional attacks have not been ruled out.

Rebels sought to push the chemical claims as a way of vilifying Syria and justifying more international pushes for regime change, and the US has eagerly lapped that up. Mattis’ comments suggest the US is still likely to do so, even in the absence of any real evidence, and claims of any sarin use are unlikely to be dependent on such claims being either true or verifiable.

25 thoughts on “Mattis: US Has No Evidence of Syrian Use of Sarin Gas”