Starting early next week, the Singapore Airshow is a big place for international arms deals to go down. US arms makers like Lockheed and Raytheon are responsible for some of the largest such deals, but finding buyers isn’t always easy. 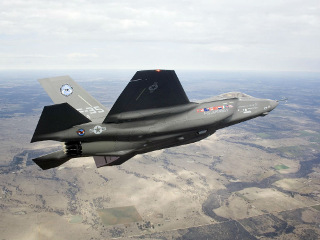 The US State Department has apparently decided that selling Lockheed planes isn’t just Lockheed’s job, it’s the American diplomatic corps’ job, and is sending Ambassador Tina Kaidanow to the airshow specifically to drum up sales of the F-35.

The huge, costly Lockheed planes aren’t exactly flying off the shelves, and the State Department says this would be a good test case for the administration’s new policy of having officials take the lead in securing arms sales for major US companies.

Kaidanow is the principal deputy assistant secretary of state for political-military affairs, and is to be taking point on the “Buy America” initiative, which the State Department says will promote not just the F-35, but all US-made weapons.