Turkey’s invasion of Syria is focused on Afrin, for now, but officials have promised to extend it to Manbij, and ultimately across the entire Syrian border. Apparently that’s not enough, as Turkey is also attacking Iraq again. 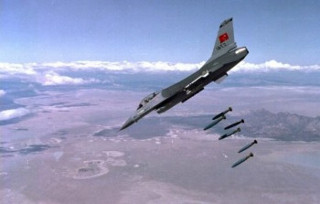 Turkish media is reporting that warplanes carried out at least eight different airstrikes across northern Iraq on Tuesday, destroying several shelters across the far north of Iraqi Kurdistan.

Officials have yet to confirm why these targets were attacked, or who they think they killed, but generally speaking strikes made by Turkey are aimed at the Kurds, and in northernmost Iraq, that generally means the PKK.

PKK forces are mostly active in Turkey, but during a ceasefire a few years ago, some of them relocated into Iraq, pending negotiations. Since Turkey scrapped that ceasefire, they’ve attacked Iraq intermittently, though it’s strange to think they’d carry out such strikes now, with the focus so clearly on Syria.