Pakistan’s Foreign Office has issued a statement Tuesday, saying that they support all efforts to resolve the problems in Afghanistan, but that history has shown there is no military solution that will bring a lasting peace. 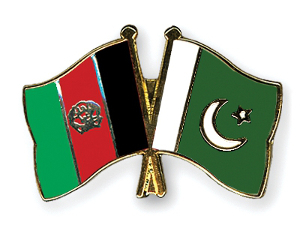 The comments appear firmly aimed at President Trump, who on Monday spurned the idea of negotiations with the Taliban aimed at securing a peace deal, saying it would be a long time before the US was prepared to talk.

The US and Pakistan have been at odds lately over Afghanistan, and this appears to be a very real issue split, as Pakistan has long worked hard to try to get the Taliban to the negotiating table, only for the US to now insist they don’t want to talk at all.

US officials don’t appear to have been totally informed of this dramatic policy change, and diplomats downplayed it in comments to reporters, saying that the US still aims to push the Taliban into peace talks at some point in the future, even if the US is unwilling to engage in such talks any time soon.

2 thoughts on “Pakistan: No Military Solution to Afghanistan, Diplomacy Needed”