With all other signs of tensions on the Korean Peninsula on the decline, the US is stepping up its deployment of nuclear-capable bombers and general firepower to the airbase at Guam, 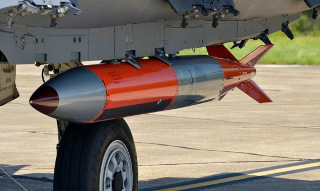 This is further fueling speculation that the US is preparing itself for the long-speculated sneak attack on North Korea, and that such a sneak attack could involve B-61 gravity bombs as part of a tactical nuclear strike.

The Trump Administration has been seen to be favoring the idea of a “limited attack,” betting that North Korea would not retaliate. It’s hard to imagine this could possibly be both limited and involve nuclear arms, but recent developments on the B-61 suggest that’s indeed the point of the weapon.

Some analysts have suggested the Pentagon could carry out a nuclear attack with B-61s that would totally destroy North Korea’s nuclear infrastructure while killing no more than 100 people, and that might be small enough to avoid retaliation.

That’s a huge risk, as all signs are that North Korea’s military has standing orders to fully retaliate against any attack of any size. Such retaliation could kill millions in a matter of days, and start a massive regional war. It’s not at all clear that concern is in any way deterring the administration from considering the possibility.