Answering petitions from the Saudi-backed faction that rules southern Yemen, the Saudi Kingdom has announced they are depositing $2 billion in that faction’s Central Bank, aiming to shore up their currency, which is plummeting to new lows in the face of endless conflict. 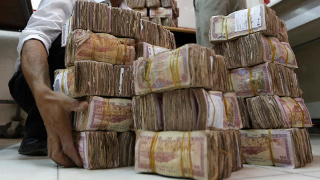 Saudi officials are presenting it as a “gift to the legitimate Yemeni government,” and not a loan. That’s likely a wise move, because even with a military victory, the odds that the faction will ever have $2 billion to pay it back is slim indeed, given the disastrous condition Yemen is in since the Saudi invasion.

So far there’s no sign this deposit has had a significant impact on the Yemeni Rial, which continues to be virtually worthless. Pro-Saudi Yemeni officials also suggested the money might relieve some of the starvation in Yemen.

That’s unlikely to be significantly impacted either, however, as the starvation is overwhelmingly in northern Yemen, which the pro-Saudi force doesn’t control, and is not caused by lack of money, but by a Saudi naval blockade of the only port still controlled by the northern forces.