At least a dozen civilians were reported killed in Yemen’s Taiz Province overnight, when Saudi warplanes attacked a line of coal trucks shipping coal out of Hais District, killing a number of drivers within. 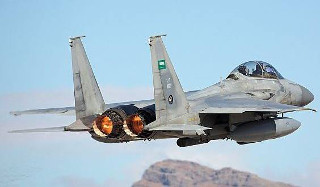 It’s unclear why coal trucks would be targeted in the first place, and Saudi officials gave no indication of why they carried out a strike, though such strikes have been on the rise in Taiz as pro-Saudi forces try to gain territory.

Saudi interest in Taiz, however, and the increased airstrikes, don’t seem to be particularly focused on military targets, but as with the rest of the country the strikes are heavily focused on civilian infrastructure.

Coal is important for electricity generation within Yemen, and also for heating in some of the more mountainous northern regions. It is likely the coal was heading north, deeper into rebel territory.