After foiling a flurry of drone attacks against their air and naval bases in Syria bases on Monday, Russia has begun to ask questions about what rebels these are and how they got such advanced drone capabilities. 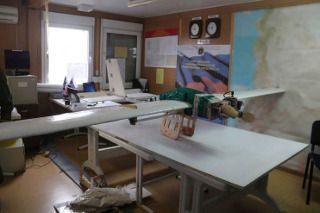 Russian Defense Ministry officials say that the drones could’ve only been prepared by a country with advanced  satellite navigation capabilities, and a none-too-subtle suggestion that this may have been the United States.

The Pentagon has denied involvement, but Russian officials appeared unconvinced, noting the “strange coincidence” that a US surveillance plane overflew the Russian bases just ahead of the attempted drone attacks.

13 drones with GPS capabilities were sent after the Russian airbase at Hmeimim and the port at Tartus. Russia shot down 7 with anti-aircraft missiles and the other 6 crashed or were otherwise disabled, which Russian officials are now crediting to electronic counter-measures against the drones.