Speaking on Tuesday to foreign diplomats, Israeli Prime Minister Benjamin Netanyahu claimed that Israel has thwarted “several dozen” major terror attacks around the world, including some that would’ve been huge mass casualty attacks on European cities. 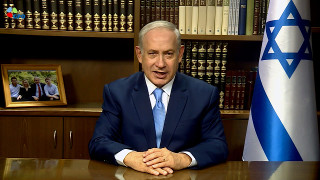 Netanyahu said some of these could have been “even worse” than the worse strikes Europe has ever seen, involving civil aircraft targeting major European cities, saying Israel had saved many European lives.

He went on to insist that Israel was contributing to the security of every single NATO member nation, and fights against both Sunni and Shi’ite groups in preventing terrorism.

Netanyahu closed his comments by insisting that the biggest thing Israel does for NATO is “fighting Iran,” saying that Israel is absolutely committed to keeping Iran out of Syria.