In an extremely heated Senate Armed Services Committee hearing, Sen. John McCain (R – AZ) angrily condemned the leadership of the US military for not having intervened already in Syria, apparently believing that the military could act unilaterally without civilian leadership authorization. 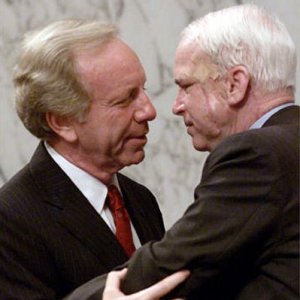 “I get irritated, I get angry,” McCain insisted, accusing the US military of “standing on the sidelines” while the Syrian military continues to gain advantage over the rebels. McCain demanded an immediate war on Syria in comments on the Senate floor Monday, and seemed baffled that the conflict hasn’t been started by now.

CENTCOM commander Gen. James Mattis defended the lack of a US-Syria war so far, and said that pouring arms into the nation en masse, as McCain has advocated, risked allowing large numbers of US weapons to fall into al-Qaeda’s hands. McCain angrily responded that the risk of arming al-Qaeda was outweighed by the risk of not starting a war.

But just because the US hasn’t started a war with Syria yet doesn’t mean it isn’t planning one. Gen. Martin Dempsey, the Joint Chiefs of Staff chairman, says that President Obama has authorized a “review” of possible options for attacking Syria.