In the mother of all plea bargains, Staff Sgt. Frank Wuterich, who was charged with leading the US Marines’ massacre of 24 civilians in the Iraqi city of Haditha, plead guilty to a single count of “dereliction of duty.” 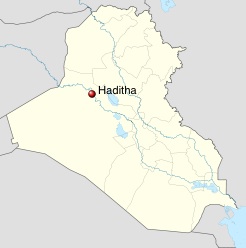 His “sentence,” such as it is, will amount to a demotion to the rank of private and a pay cut related to his loss of rank. He will serve no jail time.

Even skeptical Iraqis weren’t prepared for this total dismissal. Saleem al-Jubouri, the head of the Iraqi parliament’s human rights committee, had already issued a condemnation on the assumption that Wuterich would face a three-month jail sentence, the maximum for the soldier’s plea bargain.