In what was either an attempt by the Obama Administration to thumb its nose at Wednesday’s massive public protests against the notion the federal government can shut down websites at whim, or solid evidence the government plans to do what it wants whether or not the law allowing it passes, the Department of Justice today closed down a major file-sharing website. 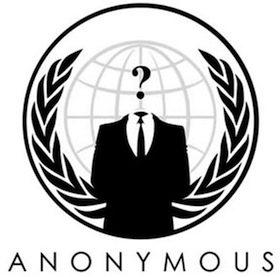 Officials insisted the site, MegaUpload, was “an international organized criminal enterprise,” and said allowing individual users to upload content to share with one another cost “more than half a billion dollars in harm to copyright owners.”

The evidence however, points to the shutdown being a corporate vendetta by key music groups over an ongoing lawsuit by MegaUpload against the Universal Music Group. It’s exactly the sort of abuse of power that the opposition to the Stop Online Piracy Act (SOPA) was meant to forestall.

MegaUpload’s 33 year old CEO Kasseem Dean, a rap producer and the husband of pop artist Alicia Keys, used his ties with the rap industry to produce an  advertisement video for Megaupload which featured several top artists signed to Universal Music Group. Universal responded by forcing YouTube to remove the advertisement from their website last month, claiming it amounted to copyright violation.

Since the “Mega Song” was created specifically for MegaUpload by artists who just happened to be under contract with them, the site insisted UMG did not own the song and sued in US District Court to try to get the song unblocked.

The lawsuit was shaping up to be particularly ugly, with UMG defending itself from claims it had filed an illegal takedown notice by admitting it had a secret deal with YouTube allowing it to take down videos whenever UMG said so.

The Recording Industry Artists of America (RIAA), a trade group of which UMG is a key member, praised the takedown, terming MegaUpload a “sinister scheme to generate massive profits through the distribution of stolen intellectual property.”

This being the Internet age, the story doesn’t end there, of course. Activist organization Anonymous has responded by knocking down not only UMG’s website, but also the RIAA, MPAA, and the websites of the US Department of Justice and the Copyright Office.