Pakistan’s internal politics is often an obscure and tedious subject, and at first glance, the so-called “coup memo” could be lumped in with the rest. But the memo — in which the president allegedly asked the US to pick off his military chiefs — provoked a backlash which could take the Zardari government down with it. How did the memo first come to light? 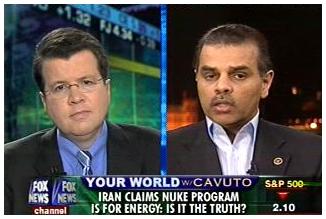 To answer that, we must first take a look at Mansoor Ijaz, a long-time Foreign Policy Analyst for Fox News and a member of the Council on Foreign Relations (CFR). Ijaz is the US-born son of Pakistani nuclear scientist Dr. Mujaddid Ijaz, who played a key role in Pakistan’s early nuclear weapons program.

Ijaz has confirmed that on May 10, he delivered a memo to then-Joint Chiefs of Staff Chairman Admiral Michael Mullen addressed from Pakistani President Asif Ali Zardari, asking Mullen to use the US military to forcibly remove top members of the Pakistani military in the wake of the assassination of Osama bin Laden, offering to replace the military leadership with new, more pro-US leaders in return. The Pentagon has confirmed receiving the memo, but did not report it to the public until pressed in November, saying they doubted its authenticity.

Ijaz says the memo was dictated to him directly by Pakistani Ambassador to the United States Husain Haqqani, and went public with the plot on October 10, in an op-ed piece in the Financial Times. Haqqani was forced to resign on November 22, and Prime Minister Yousef Raza Gilani promised to start a “high-level inquiry” into the plot.

To this day Haqqani has denied dictating the memo, though he has at times conceded that it was possible a lower-ranking member of the Pakistani embassy did so. President Zardari has denied any knowledge of the plot, and the ruling Pakistani Peoples Party has suggested Ijaz invented the plot entirely on his own as part of some unknown agenda. 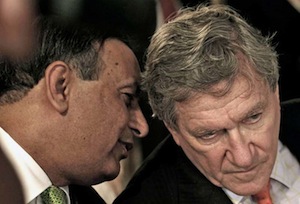 The growing Pakistani media furor surrounding the plot has led opposition leaders to demand Zardari’s resignation, as well as new elections. Perhaps even more dangerous, however, is what the revelation of the plot did to the already tense relationship between Pakistan’s floundering civilian government and the military leaders it was reportedly plotting against.

The military leadership consulted with Zardari, Ambassador Haqqani and PM Gilani over the plot shortly after it began to light up the news media, and Pakistani military leaders submitted sworn statements saying they are convinced the memo was an authentic plot on the part of Zardari’s government.

Since then, the government’s protestations have gotten progressively weaker, with PM Gilani complaining that the submission of the sworn statements, something that the inquiry he authorized sought, were technically illegal because the Defense Minister did not authorize the top generals to respond to the inquiries.

The complaints almost certainly will not kill the inquiry process, of course, but the angry backlash from the Pakistani military over PM Gilani’s comments has fueled concern that the plot and subsequent efforts to stonewall the investigation may provide the impetus for a military coup and spell the end of yet another troubled stab at civilian government in the nation.

The end results remain to be seen, but Fox News’ Ijaz has not only insinuated himself into Pakistani politics but his involvement may also have irrevocably changed the course of Pakistan’s history, to the detriment of the nation’s voting public.

7 thoughts on “Pakistan’s Coup Memo: A Fox News Analyst, an Ambassador, and a Plot”