The US military spends hundreds of billions of dollars on “new” technology for the American war machine, and while few bat an eye when a big expensive program doesn’t yield results, these are speculative technologies after all, they don’t seem to have any better luck with improving old technology. 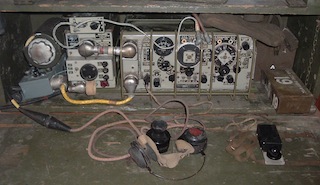 Take the radio. A well understood piece of technology and when the US launched its “Joint Tactical Radio System,” they just assumed it’d work fine, planning to replace the old radios with the newer, better ones.

But the quest for the perfect radio did not go according to plans, and $6 billion into their funding military officials concede that the program has produced virtually no useable inventions, forcing the Army to spend $11 billion in additional outlays buying more old radios for their assorted occupations. The program continues.

Not that America’s is the only military losing massive amounts of money in its programs. Our neighbor to the north, Canada, spent millions on an “anti-terrorist barrier” in Halifax Harbor, an effort to keep terrorist speedboats out of the key naval site. The installation of the barrier began in 2007, and officials say it has now sunk below the waves because too many mussels have attached themselves to it.

Which is probably a cheaper mistake than the shipment of military supplies from Afghanistan. With Canadian troops in the process of ending their direct role in the decade-long occupation, they began shipping crate after crate of equipment home. Today, those containers were opened, and found to be full of sand and rocks.

15 thoughts on “Billions in Military Dollars Disappear Into Black Hole”