Update: The United Nations has released a statement saying there is “no evidence” to support the 3,000 slain figure, though they did confirm large numbers of displaced locals.

Violence is said to be soaring in the Jonglei state of South Sudan, with ethnic fighting in the town of Pibor having led to a massacre and well over 3,000 people slain in an attack on the Murle people. 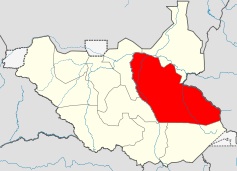 Joshua Konyi, the county commissioner for Pibor County, reported that 3,141 bodies had already been counted, including 2,182 women. He also reported that over 1,000 children are missing, and that tens of thousands of cattle were taken in the attack.

The cattle appear to be the crux of the dispute, as the attacking force, described as 6,000 armed youths, accused the Murle people of launching cattle raids against their tribe and vowed to wipe them out.

Konyi’s reported death toll was dramatically higher than a report from the UN Humanitarian coordinator, who said that “tens, perhaps hundreds” could have been dead in the violence. The Jonglei state government declined comment, saying they don’t have details yet on the remote county.

One thought on “County Commissioner: Over 3,000 Slain in South Sudan Massacre”