Lebanese MP Hasan Fadlallah, from Hezbollah’s political wing, today announced that he is filing a formal request for information from the nation’s cabinet on the uncovering of CIA activities in the country and policy changes taken to stop hostile US spying campaigns. 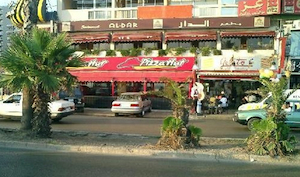 The CIA lost two spying rings in Beirut, Lebanon in mid-November, after Hezbollah discovered that the groups used the same prepaid cellphones and arranged their meetings at the same Beirut-area pizzeria using the codeword PIZZA.

One of the rings was focusing specifically on Hezbollah, while the other ring was said to have been targeting Iranian diplomats in the nation. Intelligence officials attributed the loss to “lazy” security.

The Hezbollah-dominated cabinet promised to use the intelligence gained in breaking the rings to significantly improve domestic security and prevent future spying. The MP’s comments suggest that they have been less than upfront, even within the party, on what that entails.