Publicly criticizing the Iraq War has been the pretext for a lot of flimsy government actions, but does hearing someone publicly criticize the occupation rise to the level of probable cause? That’s the question that the Supreme Court will be considering in a new case agreed upon today. 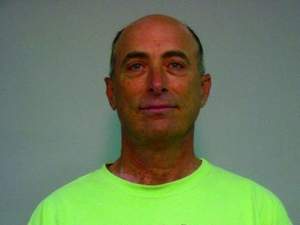 The plaintiff, Steven Howards, was arrested by the Secret Service in 2006 after he told Vice President Dick Cheney, who was at the Colorado mall for a hand-shaking event, that he thought the Iraq War was “disgusting.”

Interestingly Howards wasn’t arrested right away, but was being followed when the Secret Service overheard him talking on the cellphone about how he wanted to ask Cheney “how many kids he’s killed today.”

The agents are explicitly claiming that the antiwar comments he made constituted “probable cause” and they cannot be sued for making an arrest based on probable cause. The Obama Administration, unsurprisingly, is defending the agents, saying they acted appropriately in capturing the dissident Howards.

13 thoughts on “Is Criticism of Iraq War ‘Probable Cause?’ Supreme Court to Hear the Case”