Iran’s military has reported today through the nation’s IRNA news agency that they have shot down an RQ-170 spy drone that was flying over eastern Iran. They said it was violating Iranian airspace and that it constituted a “blatant territorial violation.” 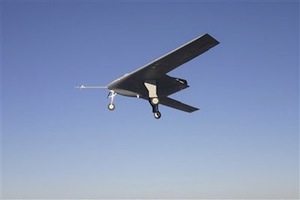 The US confirms that it is missing a spy drone which was flying over Western Afghanistan, along the border with Afghanistan. They say the drone went missing last week.

Despite the seemingly straightforward narrative, the US says there is “no indication” that Iran actually shot down one of their drones. The fact that they are missing a drone that was flying in that area and Iran says they shot a drone down in that area apparently doesn’t constitute an “indication” that it might be the case.

If confirmed it would mark the second time this year that the Iranian government has downed a US drone. The Iranian Revolutionary Guard reportedly downed a drone in mid-July.

5 thoughts on “Iran Claims It Shot Down US Spy Drone”